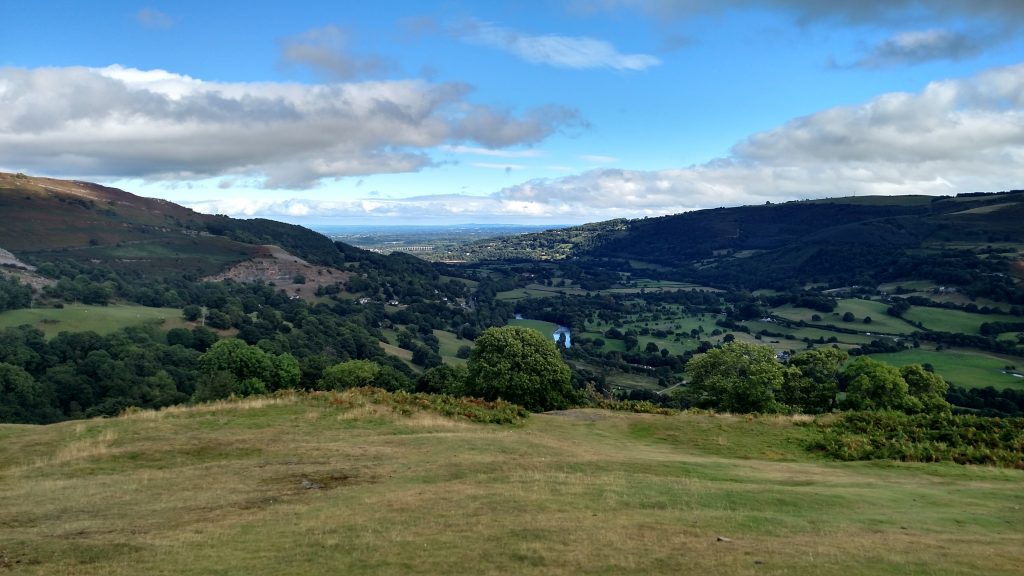 Dinas Bran is a medieval castle begun in 1260 and destroyed in 1277 during the Welsh wars with King Edward I of England.

The first settlement that we know of was an iron age hill fort, from which it gets its name.  “”Dinas Bran” is variously translated as “Crow Castle,” “Crow City,” “Hill of the Crow,” or “Bran’s Stronghold.”

The castle first appears in 12th century historical documents as part of a medieval piece entitled “Fouke le Fitz Waryn,”or “The Romance of Fulk Fitzwarine.” While this work claimed that the castle, known as “Chastiel Bran,” was in ruin as early as 1073, the remains we see today date to the occupation of the princes of Powys Fadog in the mid 13th century. Possibly, the Chastiel Bran mentioned in the romance was a Norman timber castle, but nothing of substance supports this conjecture. However, the encompassing ditch and earthen embankments, which enclose the southern and eastern portions of the stone fortress, do date to the Iron Age. They remind us that this hilltop had strategic value long before the princes of Powys, or the Normans, ventured into the region. Interestingly, the word, “Dinas,” has its origins in the Iron Age as well, and is found in the names of Iron Age hillforts throughout Wales.”  http://www.castlewales.com/dinas.html

“The hillfort has a single bank and ditch enclosing an area of about 1.5 hectares. To the south and west the defences are most considerable being up to 8 metres high in places. The entrance lies in the south-west corner of the fort and is defended by an inward curving bank. To the north the fort is defended by the natural steepness of the land and no earthwork defences were required.” http://www.cpat.org.uk/educate/guides/dinasb/dinasb.htm

“Reid (1973) speculated that the hill at Dinas Bran was occupied in the 8th century by a man named Eliseg. The same Eliseg also gave his name to an ancient pillar that stands just north of Valle Crucis Abbey, near Llangollen. The mystery man may have been an ancestor of the princes of Powys who later dominated the area, but there is no real proof to support this assertion.

The historical record also conflicts over whom really built the remains at Dinas Bran. The most reliable sources state that Gruffydd Maelor II, son of Madog ap Gruffydd Maelor I, began the castle in the late 1260’s. The elder Madog founded nearby.

During those final two decades, the castle on the hilltop became a prized possession of the princes of Powys Fadog. Dinas Bran’s power did not go unnoticed by English forces. In 1277, during Edward I’s initial foray into Wales, the Earl of Lincoln, Henry de Lacy, besieged the castle. The Welsh lord of Dinas Bran was forced to submit to the invading army, which promptly set the site afire, completely destroying it.”

For more about the medieval castle see: http://www.castlewales.com/dinas.html 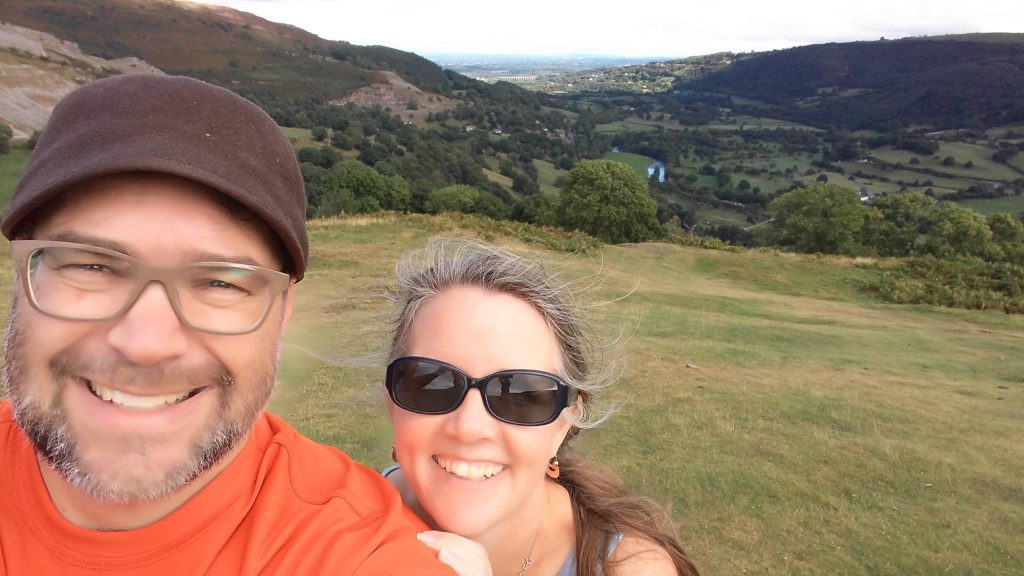